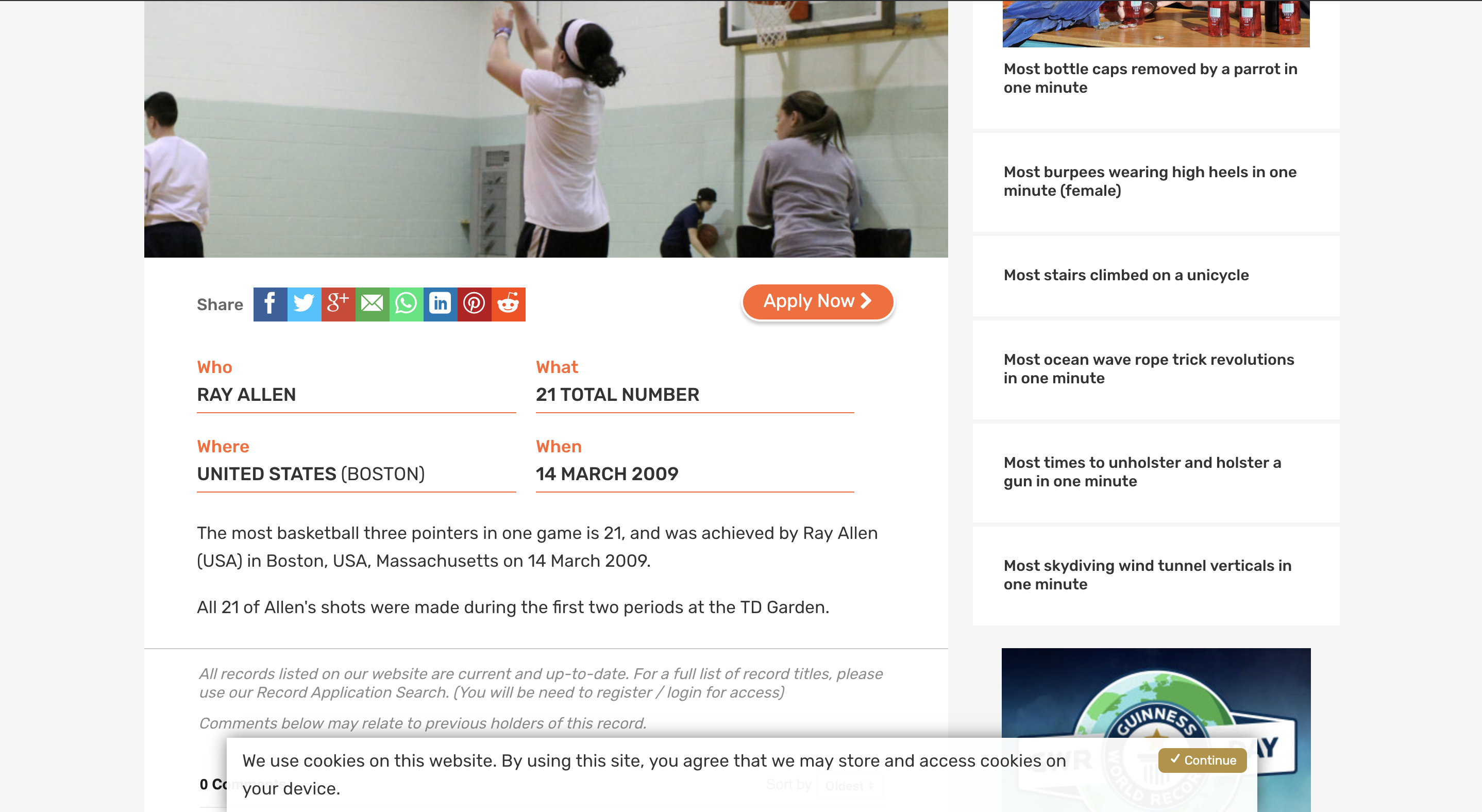 For this DS106 Assignment the instructions prompted us to “Pick any record you want and somehow remix it. Try and connect it to a story, and add some background inspiration into your idea for inspiration. Maybe it was the record you always wanted to set, or break.” After spending some time searching, I found a lot of crazy records. I decided to go with a basketball record since I’m a big Celtics fan. The original record can be found here. The original record was for the most basketball three pointers in one minute. I switched the original record holder’s name with Ray Allen who was just shy of 3,000 3-pointers for his whole career. He was notorious for his three pointers. To make this remix I used “X-Ray Goggles”, and it was a lot easier than I anticipated. Even someone with no prior knowledge of coding would be able to use this. The stats I used for the remix of this record are not completely true. Although I tried to make it somewhat accurate, adding a year that Allen played for the Celtics and correct city/venue. Allen was one of the first basketball players I thought of when thinking about NBA players who are known for their three pointers.