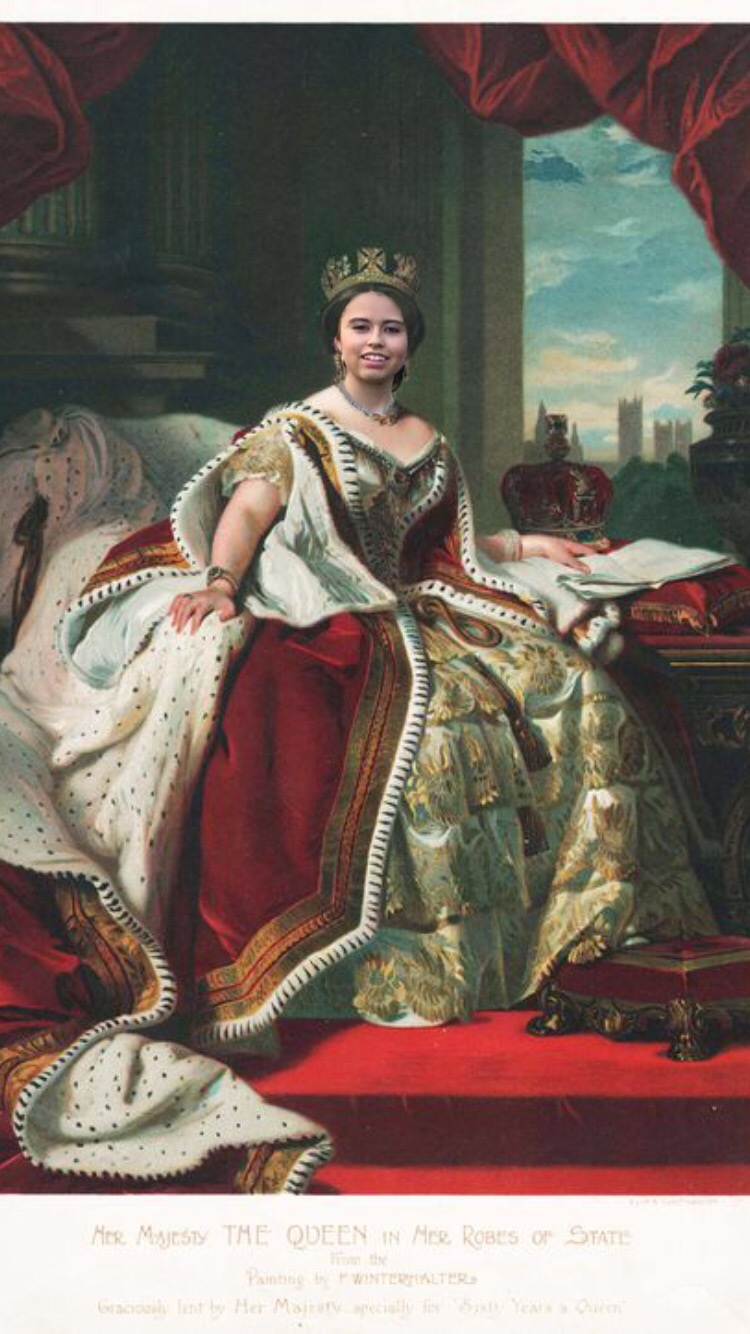 For this DS106 assignment, we were prompted to edit ourselves into a historical picture. I spent awhile trying to look for a picture to edit myself into. I thought about going with the famous picture of Neil Armstrong on the moon, until I asked my best friend what he thought. He suggested editing myself into a picture with the Queen. I decided to give it a try, and think that the editing turned out pretty good! To edit this picture, I just used an app that was already on my phone called Superimpose. I used it to cut out my face from a picture, and put it into this picture of Queen Victoria. The original image is “Her Majesty The Queen in Her Robes of State“. This was a painting created around 1859. Queen Victoria was the Queen of England and Ireland. She also had the title of “Empress of India”. She became Queen at only 18 years old after her uncle, King William IV had died. I also thought it was pretty interesting that she was the first member of the Royal Family to live in Buckingham Palace. Overall, this DS106 assignment was the hardest so far for me to create. Although, I am pretty happy with the outcome, and also thought it was pretty funny!